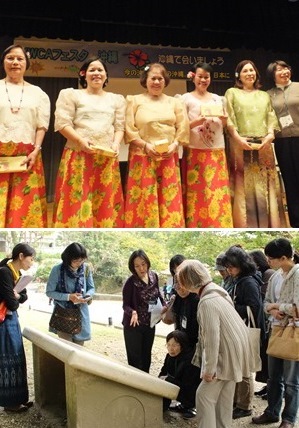 The YWCA of Japan held the “YWCA Festa in Okinawa” in Naha city, Okinawa, from 14th to 16th February 2015.
The participants learned about the history of Okinawa, which had been an individual kingdom with unique culture before being annexed by mainland Japan, and its current situation where more than 74% of U.S. military bases concentrate on the small islands, causing threat to the safety of women and girls in the area, and a new base is now about to be constructed despite the will of the people clearly shown through a number of elections.